Why is the star seen by some and ignored by others?

A Pastor was preaching on this text. His main points formed the acrostic “STAR.” The Pastor had 4 kids bring placards onto the platform at the end to spell the word “STAR.” The moment came. They got mixed up and spelled it backward – “RATS!” The congregation fell out.

Title: “Why is the star seen by some and ignored by others?”

Theme: “The lessons appointed for this day encourage humble admission that God’s glory may be manifested where we least expect it. Sometimes God’s people become light for others; sometimes they appear blind to the light others can see. But always, the light is there, as God graciously, mysteriously, and defiantly breaks into our human lives. This Christmas let God’s light shine in your hearts.”

* This passage is a literary masterpiece, this brief episode in Matthew’s story has captured the imagination of Christians for centuries and inspired the formation of numerous legends.

Matthew 2:1-3, “Now after Jesus was born in Bethlehem of Judea in the days of Herod the king, behold, wise men from the east came to Jerusalem, 2 saying, “Where is he who has been born king of the Jews? For we saw his star when it rose and have come to worship him. 4 and assembling all the chief priests and scribes of the people, he inquired of them where the Christ was to be born.”

* Somewhere alive in America today there are probably three or four children or young people under the age of 18 who are going to be President of the United States someday. But nobody really cares about this or sets out to find them or honor them.

* A common theme in the lesson appointed for this day is the manifestation of God to people outside the religious community.

* But verse 4 makes clear what the magi really mean by "King of the Jews." Herod had been called "king of the Jews" by the Senate in Rome for almost 40 years. But no one called him Messiah. Messiah means the long-awaited God-anointed Ruler, who would overcome all other rule, and bring in the end of history, and establish the kingdom of God and never die or lose his reign.

* We don't know how the wise men got their information that there was such a king coming. But Herod got the message: these fellows are not searching for a mere, ordinary, human successor to me. They are searching for the final King, to end all kings.

Matthew 2:11, “And going into the house, they saw the child with Mary his mother, and they fell down and worshiped him. Then, opening their treasures, they offered him gifts, gold and frankincense, and myrrh.”

* Notice that Matthew's focus is immediately on foreigners coming from the east to worship Jesus (Verse 1).

* Matthew's Gospel portrays Jesus at the beginning and ending of this Gospel as a universal Messiah for the nations, not just for Jews. Here the first worshipers are wise men not from Israel but from the East - perhaps from Babylon. They were gentiles. Unclean. Look with me at the last words of Jesus found in the Gospel of Matthew.

Matthew 28:19-20, “Go therefore and make disciples of all nations, baptizing them in the name of the Father and of the Son and of the Holy Spirit, 20 teaching them to observe all that I have commanded you. And behold, I am with you always, to the end of the age.”

* At the beginning of Matthew, we still have a "come-see" pattern. But in the end, the pattern is "go-tell". The magi came and saw. We are to go and tell.

* Who does God favor? In short, the central message of this text may be framed as an answer to this question. The unexpected Gentile travelers.

Isaiah 60:3, “And nations shall come to your light, and kings to the brightness of your rising.”

Matthew 2:2,9-10, “2 saying, “Where is he who has been born king of the Jews? For we saw his star when it rose and have come to worship him.   9 After listening to the king, they went on their way. And behold, the star that they had seen when it rose went before them until it came to rest over the place where the child was. 10 When they saw the star, they rejoiced exceedingly with great joy.”

* Over and over the Bible baffles our curiosity about just how certain things happened. How did this "star" get the magi from the east to Jerusalem? And how did a star stand "over the place where the Child was"? The answer is: We do not know.

* But what is plain concerning this matter of the star is that it is doing something that it cannot do on its own: it is guiding magi to the Son of God to worship him.

Matthew 2:7-8, 12, “7 Then Herod summoned the wise men secretly and ascertained from them what time the star had appeared. 8 And he sent them to Bethlehem, saying, “Go and search diligently for the child, and when you have found him, bring me word, that I too may come and worship him. 12 And being warned in a dream not to return to Herod, they departed to their own country by another way.”

* The magi are depicted as persons who do as they are instructed, who seek no honor for themselves, and who gladly humble themselves, kneeling even before a woman and a child. Clearly, they fit the image of servants better than that of kings.

* The story also foreshadows the opposition that will be shown to Jesus by the powerful people of his day. In this story, the religious leaders of Israel do the bidding of a political ruler who wishes to destroy Jesus. Later the situation will be ironically reversed: the political ruler (Pilate) will do the bidding of religious leaders who have decided Jesus must die (27:1-2, 11-26).

* Many people do nothing about Jesus. He is a nonentity in their lives. This group is represented by the chief priests and scribes. Verse 4: Well, they told him, and that was that: back to business as usual.

* Other people deeply threatened by him. That is Herod in this story. He is really afraid. So much so that he schemes and lies and then commits mass murder just to get rid of Jesus.

Matthew 2:16, “Then Herod, when he saw that he had been tricked by the wise men, became furious, and he sent and killed all the male children in Bethlehem and in all that region who were two years old or under, according to the time that he had ascertained from the wise men.”

Matthew 2:11, “And going into the house, they saw the child with Mary his mother, and they fell down and worshiped him. Then, opening their treasures, they offered him gifts, gold and frankincense, and myrrh.

* Worshiping Jesus means joyfully ascribing authority and dignity to Christ with sacrificial gifts. Remember these men had also travel for some time.  It cost them to come and see Jesus.

* Falling to the ground is what you do to say to someone else: you are high and I am low. You have great dignity and I am lowly by comparison.

* By giving to you what you do not need, and what I might enjoy, I am saying more earnestly and more authentically, 'You are my treasure, not these things.'" I think that's what it means to worship God with gifts of gold and frankincense and myrrh.

* The Wise Men surely went the distance to seek the Lord. They finally found the real King in Bethlehem. Aren't you glad that we don't have to go to Bethlehem to find Him?

Jeremiah 29:13, “You shall seek me, and find me, when you shall search for me with all your heart."

Rescuing the Rescuer by Tyler Thompson;

On Valentine’s Day some years ago I was at work.  I’m a firefighter. My pager crackled: EMS and rescue, stand by for page. We’ve got a fifty-two-year-old man trapped in a grain bin, in soybeans, almost totally submerged. My team dispatched as quickly as possible and climbed to the top of the grain bin. Opening the hatch and peering in, I saw the farmer down in the hole, trapped in the middle of the bin. As my team drill holes in the bin to let out the soybeans it was causing the farmer to be pulled into the flow of escaping beans. He was going to suffocate under tons of beans.  One of our rescuers, Darrel, crept cautiously towards the hole the beans had created to get a piece of equipment. Another rescuer stepped off the ladder onto the beans, causing an avalanche, and Darrel went from ankle deep to neck deep in seconds. The force of the beans sucking him into the hole actually pushed his pen and cigars out of the top of his pocket. Darrell screamed and reached for help.  In a split second, I clutched the ladder with one hand and grabbed Darrell’s arm with the other hand. “Hold on and don’t let go.”  I could see the fear in Darrell’s eyes. I was scared that he was going to die, he was scared that he was going to die. I had plenty of time in that grain bin to reflect on my life.  As the rest of the team worked to stabilize the bean, I just held on to Darrell and thought about my life.  I accepted Jesus as my Savior when I was twelve, and my parents raised me in church.  But now I was not living for Him.  In fact, I was living for myself.  I thought I was invincible. I didn’t know I needed God, didn’t know I needed rescuing. Somehow in the grain bin, facing fear and death in the reflection of my friend’s eyes as I held tightly to his arm, I finally realized that’s what God had always done for me. He’d always been by my side. He reached out from heaven above and held on to me. And He said, “I’m not going to let you go.” The Rescuers cautious and carefully make a large cut in the side of the grain bin, slowly managing the distribution of the soybeans. Eventually, other firefights latched on to Darrell and the farmer, gently releasing them from the hold of the soybeans. Both needed medical attention. Bystanders, neighboring farmers, law enforcement officer, as well as a couple of camera crews, clapped and cheered. Some said it was a miracle that everyone survived. But I knew God’s intervention went beyond what everyone saw. After forty years of raising hell and twenty years of rescuing others, I finally realized that God had a plan to rescue me. Newspapers reported on two rescues from the grain bin, but little did they know; I was rescued that day, too. 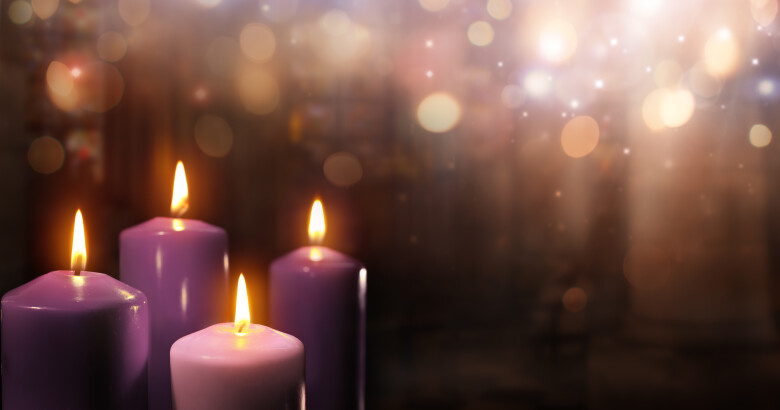